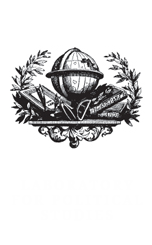 The working paper 'The Discursive Construction of Co-Ethnic Migration' by Olga Zeveleva, Junior Research Fellow of the laboratory published in the Basic Research series.

This paper investigates the discursive construction of co-ethnic migration in German society. Taking a biographical study on ethnic Germans from the former Soviet Union as a starting point, the author traces co-ethnic immigrant pathways in German society and analyzes the legal frameworks, institutions, and organizations encountered by these migrants. The author employs a critical discourse analysis approach to texts relating to a camp where newly arriving immigrants live and undergo registration. The article proposes a new way of researching discursive construction, using biographical interviews as a starting point for identifying “localities of discourse” which are important to the group in question. Such an approach allows us to find relevant sources of discourse in a way that is grounded in empirical material, and subsequently to account for which discourses are appropriated by members of certain social groups, such as co-ethnic migrants. The article thus builds a bridge between biographical sociology and critical discourse analysis, using the former as a point of departure for framing the selection of materials for implementing the latter. The article makes a methodological contribution by introducing the concept “locality of discourse” as a bridge between biographical sociology and critical discourse analysis. The author also makes an empirical contribution by examining a border transit camp in Germany as a “locality of discourse” and showing how the camp informs our understanding of the place of co-ethnic migrants in German society.