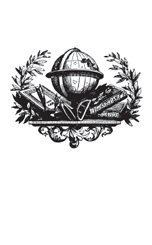 The paper explores the effect of state homophobia campaign on the everyday homosexual practices. On the basis of 77 in-depth interviews with Russian LGBTs we find three separate strategies of adaptation towards new homo-unfriendly laws (‎Hirschman's exit - voice - loyalty: the acceptance, the ignorance of public policy and the retaliatory protest) and explain what factors drive their choice. Contrary to the experience of Western countries, LGBT organizations in Russia don’t represent the collective viewpoint of the ordinary gay and bisexual people. Despite the intense pressure and discrimination by the authorities, many of them refused to participate in the LGBT protest and, at the same time, didn’t change their public and private behavior. Most of them don’t perceive subjectively the rise of homophobia in the country as a whole and within their inner corner. The radical homophobic campaign has neither provoked retaliatory LGBT aggressive actions nor consolidated the homophobic majority. Respondents perceive the political propaganda as ineffective and describe Russian society itself as indifferent rather than a totally homophobic. Thus, being “other” in the authoritarian regime predominantly means to be invisible or to frame your otherness as political choice.